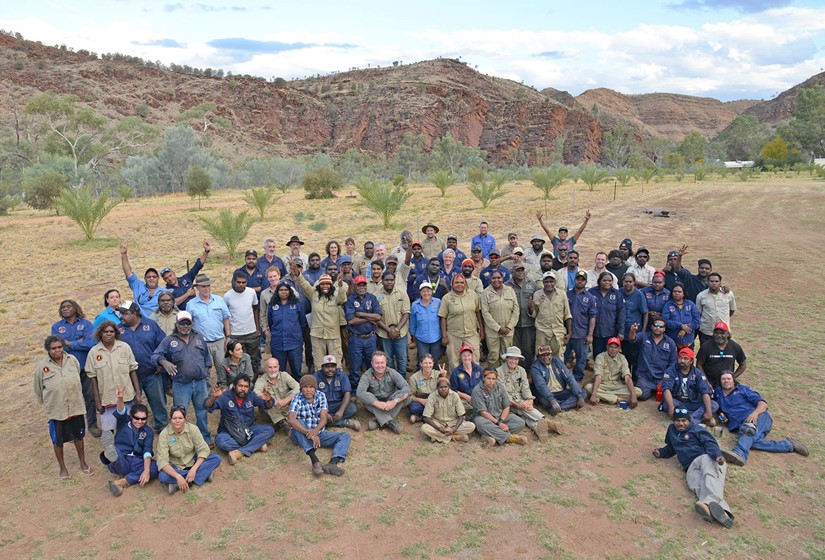 Warren Edward Snowdon is the federal member for Lingiari and was previously the member for Northern Territory, and has held these seats from 1987 to 1996 and from 1998 to the present.

Born in 1950 in Canberra, Warren attended St. Benedict’s Primary School and St Edmund’s College. In 1975, he completed a Bachelor of Arts degree at the Australian National University.

Warren first moved to the Northern Territory in 1976 to work as a teacher after gaining a Diploma of Education from Murdoch University.

He later moved to Alice Springs where he has lived for more than 30 years with his partner Elizabeth Verstappen. They have raised four children, Frances, Tom, Tessa and Jack in Central Australia.

Between 1978 and 1981 he worked as a researcher at the ANU’s Centre for Resource and Environmental studies under the economist and Indigenous policy pioneer H.C. ‘Nugget’ Coombs. Warren co-authored several papers and a book on Indigenous culture and education with H.C. Coombs while warren was working at the Centre.

Before being elected to Parliament in 1987, Warren was also a senior policy officer at the Central Land Council in Alice Springs.

As Minister for Veterans’ Affairs, Warren has the honour of providing support and recognition from the Government to those who have served their Australia in our defence forces and their families. In addition to this, Warren is responsible for matters relating to serving Australian Defence Force members and Defence research and development as Minister for Defence Science and Personnel.

In continuing his role as Minister for Indigenous Health, Warren also travels regularly around Australia to consult with communities, health professionals and other stake holders as part of delivering action on the Labor Government’s commitment to closing the gap in Indigenous health.

Warren is an extremely active parliamentarian and is also a member of a number of parliamentary committees and sub-committees.

Warren travels regularly around Lingiari electorate to consult with remote communities and he works tirelessly to ensure that all his constituents have the opportunities and services that they need.

Warren has long been a sports and fitness enthusiast, believing that the best and easiest way to maintain good health is to lead an active lifestyle. He makes time whenever possible to enjoy a run or a game of touch football with friends or colleagues, and is a lifetime supporter of the Geelong Cats.